Metamorphosis – Change In The Air At SCF

Metamorphosis – Change In The Air At SCF

After 15 years at the helm of the Sahara Conservation Fund, John Newby, the organization’s founding CEO, will be stepping down in 2019 to take on a new role as Senior Adviser. With the organization at a critical point in its growth and development, and a brand-new strategic plan under its belt, John and the SCF Board are working closely to find the next right person to take the organization forwards in the years to come.

Under John’s leadership, SCF has become a highly respected force in the conservation of the threatened wildlife of the Sahara and Sahel. Since its founding in 2004, SCF has been instrumental in the protection and restoration of unique desert antelopes, such as the addax and scimitar-horned oryx, establishment of one the largest protected areas in the world in Niger, and implementation of a recovery programme for the planet’s largest bird, the North African ostrich.

Through its fieldwork, communications, and outreach, SCF has helped put Saharan wildlife firmly on the global conservation agenda.  Rare desert species and their habitats in countries like Chad and Niger now enjoy unprecedented levels of support, both

locally and internationally. In pursuing its mission, the organization has also brought together a very large network of partners, especially in the zoo community, opening up unparalleled levels of support for both in situ and ex situ conservation.

SCF’s new strategic plan affirms the organization’s focus on endangered species and the well-managed landscapes they require to flourish. With the plan in place, SCF recently-appointed Chair, Fred Nelson, is more than confident that we can build on our achievements to date: “John’s leadership has created a very stable foundation for change and future development, and we look forward to working with him and the team he has built in the coming years to reach new levels of effectiveness and sustainability for our actions.

Striving to conserve the last few remaining individuals of a Critically Endangered species is fraught with risks. This is certainly 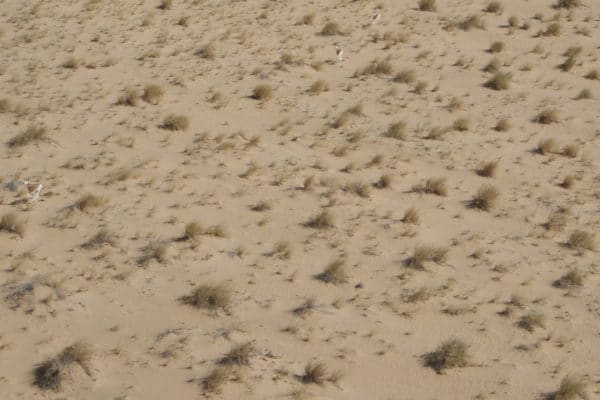