Formerly found in great numbers over immense arid areas, addax populations have crashed to less than one hundred individuals in isolated pockets since the advent of modern weapons and transport, and more recently oil exploration and civil unrest. Today, the addax, a nomadic desert-living species, is the most threatened ungulate in the Sahara and quite possibly the world, and is listed as Critically Endangered on the IUCN Red List.

SCF and its partners are using their expertise, sharing their knowledge, and mutualizing resource and effort as much as possible to prevent the addax from going extinct.

SCF has been collaborating for years with other organizations, governments, and various stakeholders, to preserve the addax. Given the necessity to save the species now, the addax has became one of SCF's priority species and animals will be reintroduced in different places of the Sahara and Sahel thanks to its expertise in this field and to the collective efforts of SCF and partners. The long-term goal is to rebuild a free-living population wandering in healthy numbers through their historical range countries.

SCF has been working on the addax since it was created over a decade ago. At that time, most of the remained known addax was confined to a vast desert area known as "Tin Toumma" in Niger - officially established in 2012 as the Termit & Tin Toumma Reserve thanks to an intense SCF lobbying.

SCF also provided strategic support through fundraising and communication to the wildlife authorities in Tunisia for the re-establishment of well-managed herds of addax and scimitar-horned oryx. The country is committed, as part of its national antelope conservation strategy, to re-establish both species in large fenced protected areas. Once viable populations have been established, the long-term vision is to remove fences in appropriate areas to allow true free-ranging herds to be reintroduced.

Reintroducing the species in Morocco & Chad

A big step forward was taken in the last two years with the decision to begin reintroducing the species in unfenced areas in Chad and Morocco on the horizon 2019.

Based on SCF’s experience and knowledge about addax and antelope reintroduction with the oryx project in Chad, a Memorandum of Understanding was signed between Moroccan wildlife authorities and SCF in 2018 with the objective of providing support for reintroduction and wildlife monitoring.

SCF and its partners, including the AZA Addax SSP, Conservation Centers for Species Survival (C2S2) and the Source Population  Alliance (SPA), are working towards the reintroduction of addax to former range sites in Chad (such as the Ouadi Rimé – Ouadi Achim Game Reserve, by using the scimitar-horned oryx reintroduction facilities) to reinforce small, isolated sub-populations before they collapse and disappear. In 2019, the scimitar-horned oryx project enters its phase II, precisely switching to a multi-species reintroduction approach that will allow the return to the wild of a first batch of 25 individuals in November of this same year.

The situation is precarious for this species and recovery and recolonization of former range from the remaining small and fragmented wild population is unrealistic at present. Extinction of addax in the wild prevented and where possible viable populations reintroduced to secure habitats.

The main goal of this project is to strengthen the chance of success regarding the first ever addax reintroduction in Africa by tracking 100% of the released addax with GPS/Satellite transmitters over a period of 2 years.

The last hundred years has seen addax population plummet due to merciless hunting and the advent of modern weapons and desert-going vehicles. Today, the addax can only be found in two small populations, one in the Tin Toumma desert of eastern Niger and the other, across the border, in Chad’s Eguey-Bodélé region.

Currently, it is not possible to ensure the survival of wild addax in Niger and in the border with Chad because of insecurity and logistics constraint due to huge and remote addax distribution areas.

Addax can also be found in their historical range in semi-captive conditions in Tunisia and Morocco.

TAKING ACTION ON THE GROUND

An action plan for the remaining wild populations of addax in Niger and Chad, has been drafted by SCF, ZSL, IUCN/SSC Antelope Specialist Group, CMS, Noé, Niger and Chadian national agencies. It highlights three main priorities to save this species:

- Prevent the loss of more animals from the wild by ensuring effective protection from poaching at key sites and also extending protection to habitat, notably by establishing undisturbed zones away from water wells and livestock.

- Keep strong and effective links with the populations on site. Working with local communities who share the habitat and use the same pastures is essential to long-term success of conservation programs. Several agreements in Niger have been signed by the traditional local and administrative authorities, including the Déclaration de Dolé (2007), Déclaration de Dougoulé (2010). The Doungoumi Declaration (December 2016) even contains a commitment to protect wildlife and includes collaboration on removal of unauthorized wells: this agreement could serve as a model for elsewhere in the region.

- Establishing the fate of the largest addax population in Termit & Tin Toumma – whether it has been dispersed or greatly reduced, and locating remaining animals - is an urgent priority, as is establishing the extent and frequency of movement between sites. Monitoring programmes for populations of addax (and dama gazelle) should be continued and expanded where feasible, using standardised protocols. It is also important to expand the current genetic research on the wild and captive populations of both species. 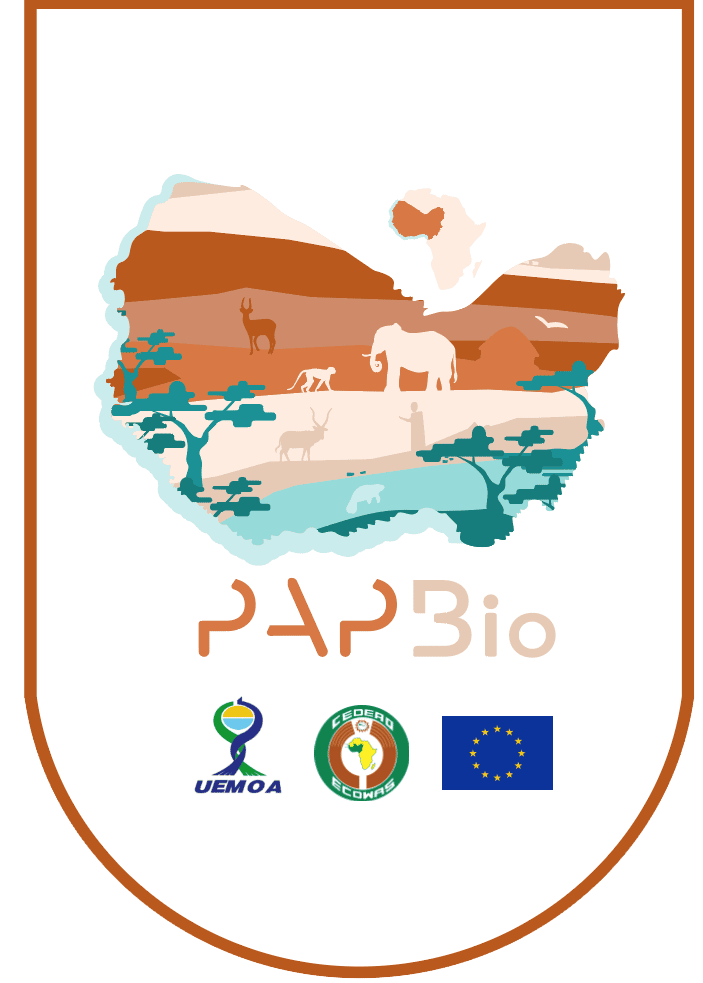 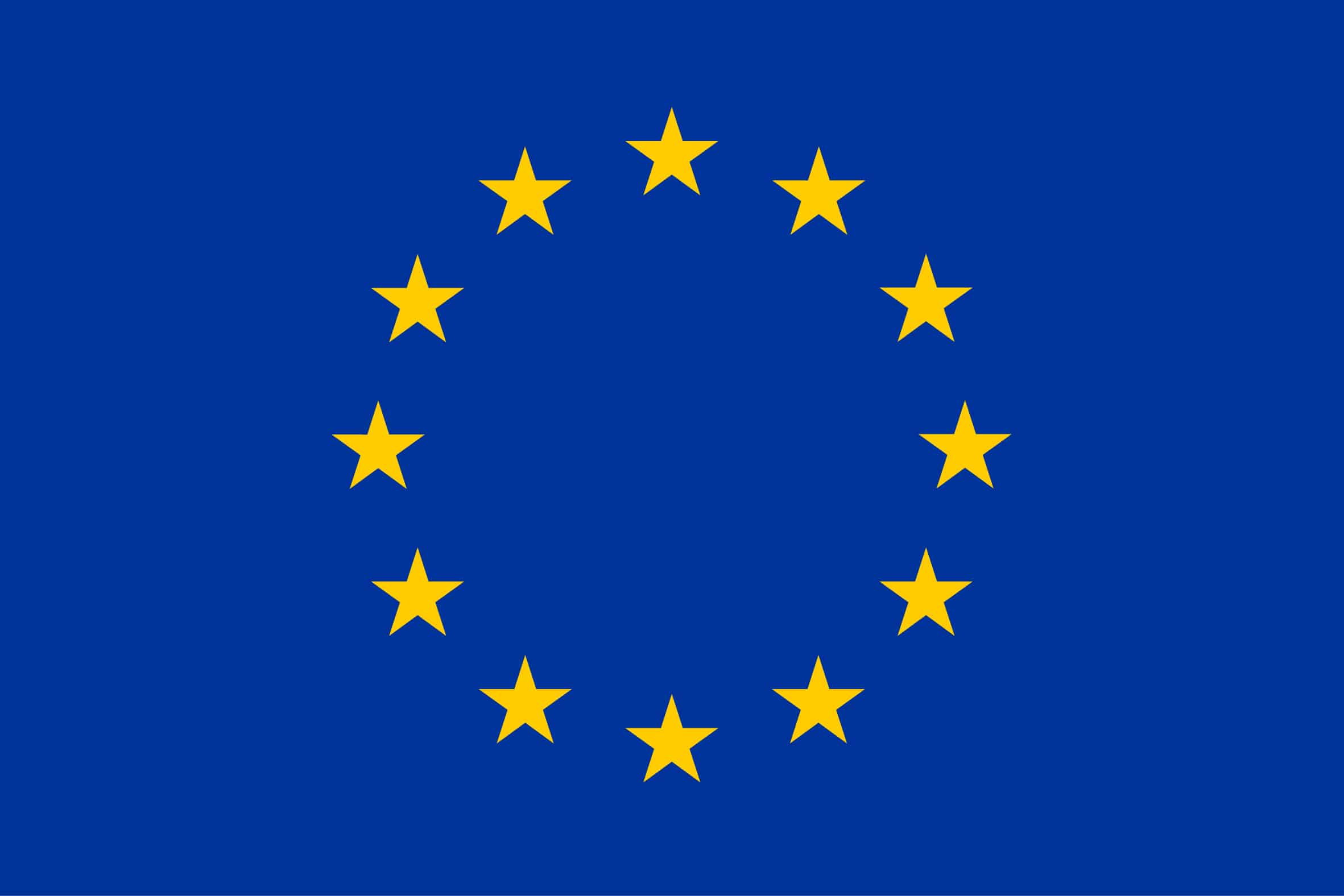 LATEST NEWS ON THE ADDAX 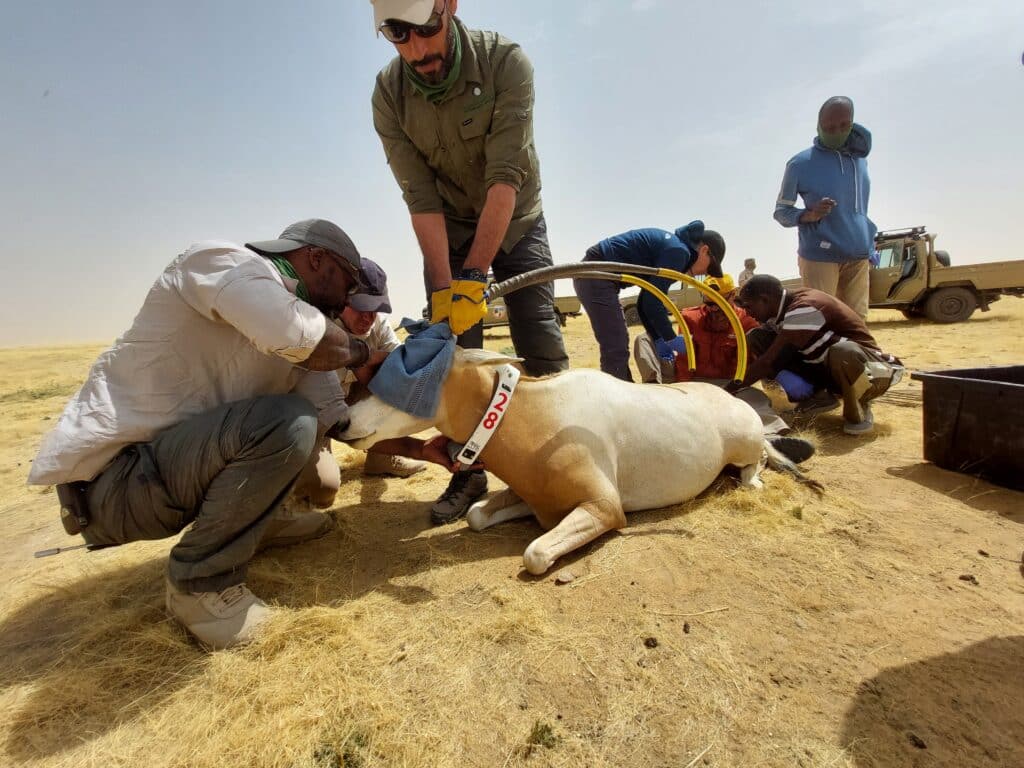 Read here the fifth article of Sandscript 30th issue The tele-anesthesia and chemical immobilization of wild antelopes that the Government of Chad, the Environment Agency – Abu Dhabi (EAD) and SaharaConservation strive to conserve falls under the responsibility of EAD veterinarians. The ultimate goal is to safely anesthetize individual animals from a distance to allow […] 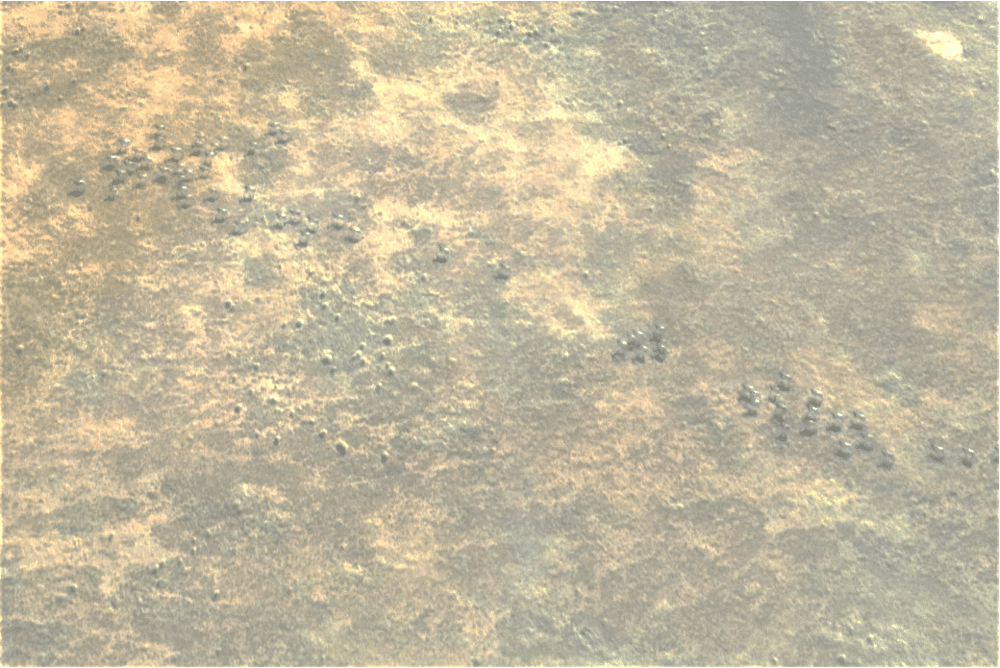 An aerial survey of the Ouadi Rimé-Ouadi Achim Game Reserve (OROAGR), originally planned by the Project Ouadi Rimé-Ouadi Achim (POROA) for 2020, but delayed by covid impact, was conducted last November. The objective was to provide updated information on the numbers and distribution of wildlife and livestock and record other environmental elements such as human [...] 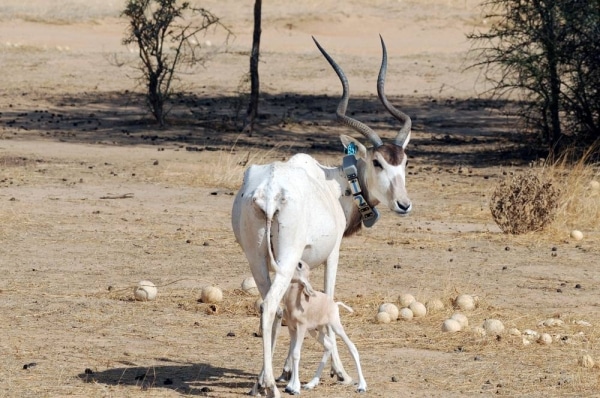 ABU DHABI — The Environment Agency — Abu Dhabi (EAD) announced that the first wild-born Addax calf (Addax nasomaculatus) was born recently in Chad.Within two days of the birth of the first calf, another was born. Both calves belong to a group of 15 Addax initially translocated from Abu Dhabi in November 2019 and released into […]