Archive for the
‘Resources’ 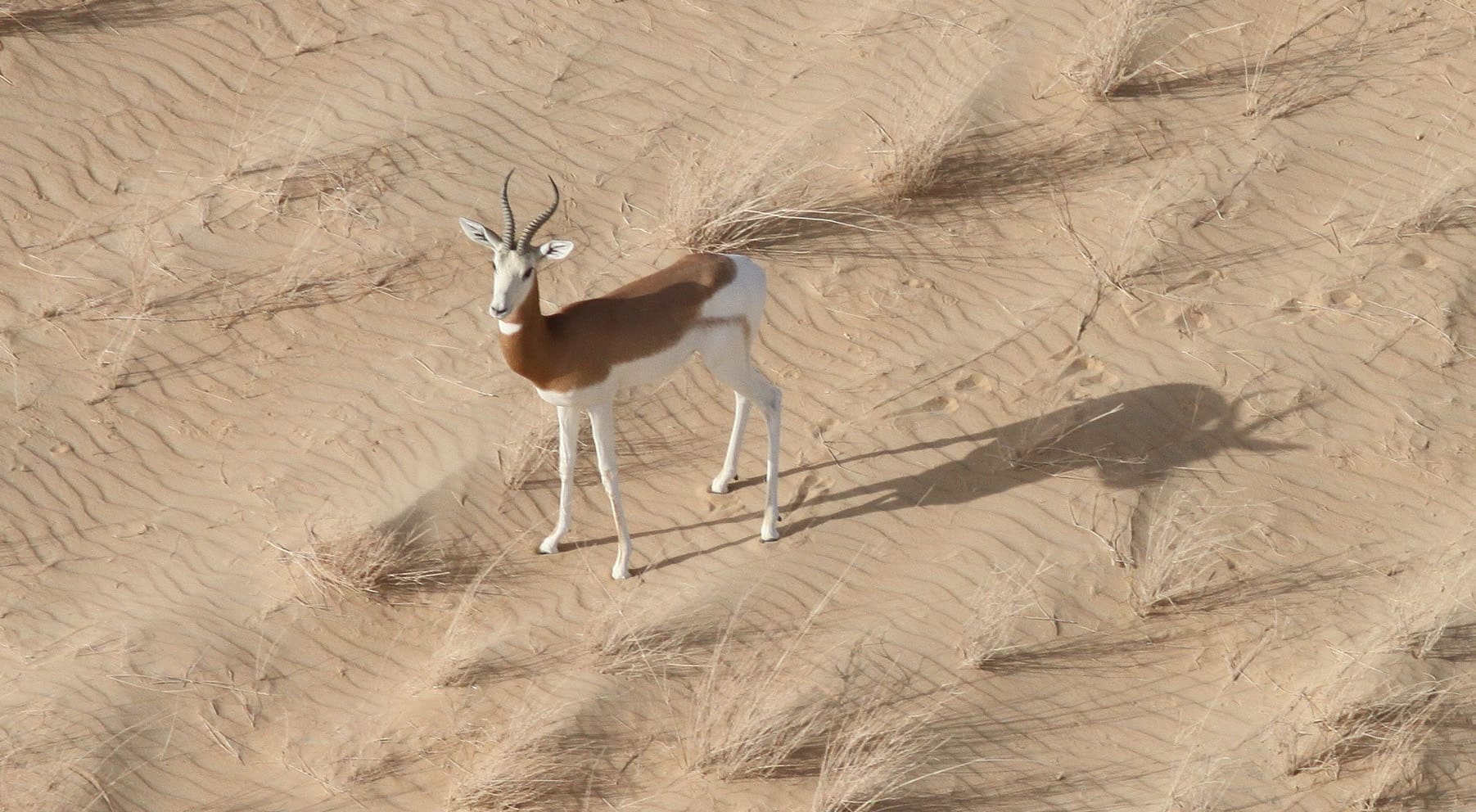 With spring 2019 already underway, the Sahara Conservation Fund (SCF) continues to make steady progress in its projects and towards its
annual goals.
While a recent field mission brought 25 new Scimitar-horned oryx to the reintroduction program site in Chad, the Sahara Conservation Fund’s Niger staff helped install new facilities in Kellé on the site of the SCF’s captive breeding center for the North African ostrich. This new laboratory, which contains a hatcher, incubator, and other
equipment to address the fertility issues facing the animals, adds a new element to the fieldbased conservation program. The team hopes that ostrich production will significantly increase in the coming months, so that they can begin reintroducing the first individuals into the wild as soon as possible! 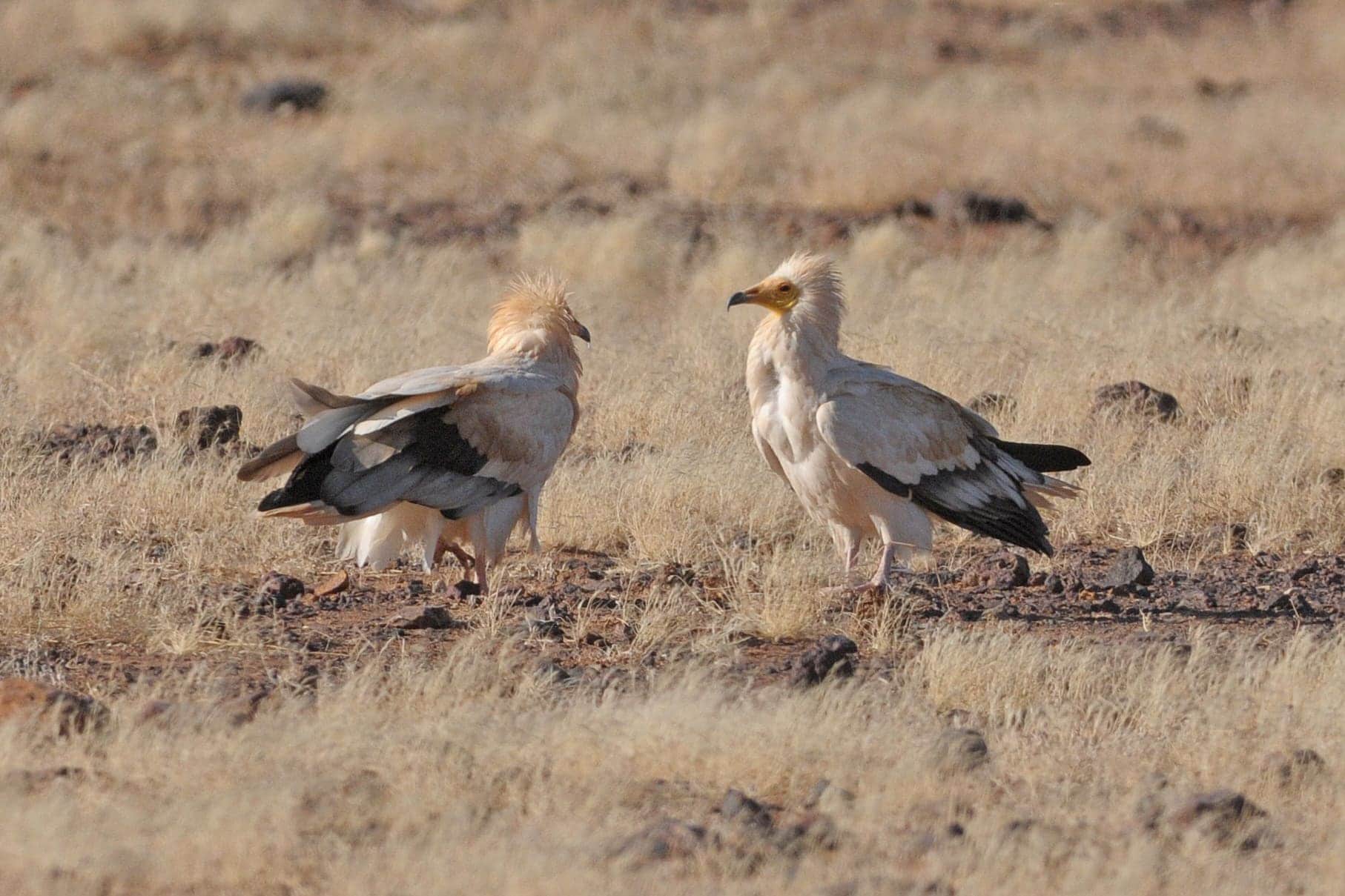 Vultures face many threats which vary a lot depending on their location, ranging from electrocution to poaching. As part of the Egyptian Vultures NEW LIFE project, SCF conducted a survey to understand the threats faced by the birds in Niger.

Poaching had already been reported in the country, which encouraged the team to first focus on this kind of threat. We asked questions to members of the local communities, traditional hunters, but also healers, and visited local markets in search of possible vultures for sale, as we knew they were used in traditional medicine. In addition to this very local use, we knew there were also poachers coming from Nigeria to kill numerous birds for sorcery and black magic ritual needs, something we repeatedly thought of as a an important possible cause for vulture’s decline in these areas of Niger (near Maradi and Zinder).

END_OF_DOCUMENT_TOKEN_TO_BE_REPLACED

In August 2017 was the third release lead in Chad with the valued support of the Environment Agency – Abu Dhabi, and the Government of Chad.

As a reminder, the objective of this reintroduction project is to build up a viable population of at least 500 animals, and hopefully confirm over the years the return of the scimitar-horned oryx back into the wild.

This summer, the number of animals reached 90, including 18 calves born in Chad.

A few weeks ago, we had the pleasure to celebrate the first anniversary of the first oryx calf born in the wild. A video of him standing peacefully at his mother’s side is such a good reward to us that we had to share this with you!

The mother and calf remain in the same good grazing area and excellent condition, 115km from camp.  They continue to allow very close approach and were observed taking large mouthfuls of dry grass.

To go on with some latest news from the field, our specialist on the ground Tim Wacher also reported that no further births was to be observed lately, although one female showed strong signs of an imminent calving in the last few days. The large group of mixed provenance that formed around the release area following the August release began to show signs of breaking up, fragmenting locally, though all remain within a close radius. The 9 juveniles, released as calves in August 2017, have for the first- time divided company, with 2 spending recent days in a local splinter group with 8 adults, and the remaining seven staying in a group of 20-25, experiencing small changes as various individuals move around.

In short, we can say that the 2016 release animals are generally in excellent condition: an excellent news, and very encouraging for the project’s future developments!