The National Nature Reserve of Aïr and Ténéré in Niger is home to some iconic animal species – among which the dama gazelle (Nanger dama), one of the most endangered antelopes on the planet.

Due to human activity in the valleys – the dama gazelle has found refuge on the mountain Takoloukouzet, which is located in the reserve. The species is still listed as ‘Critically Endangered’ on the IUCN list with only a few hundred individuals still living in the wild. 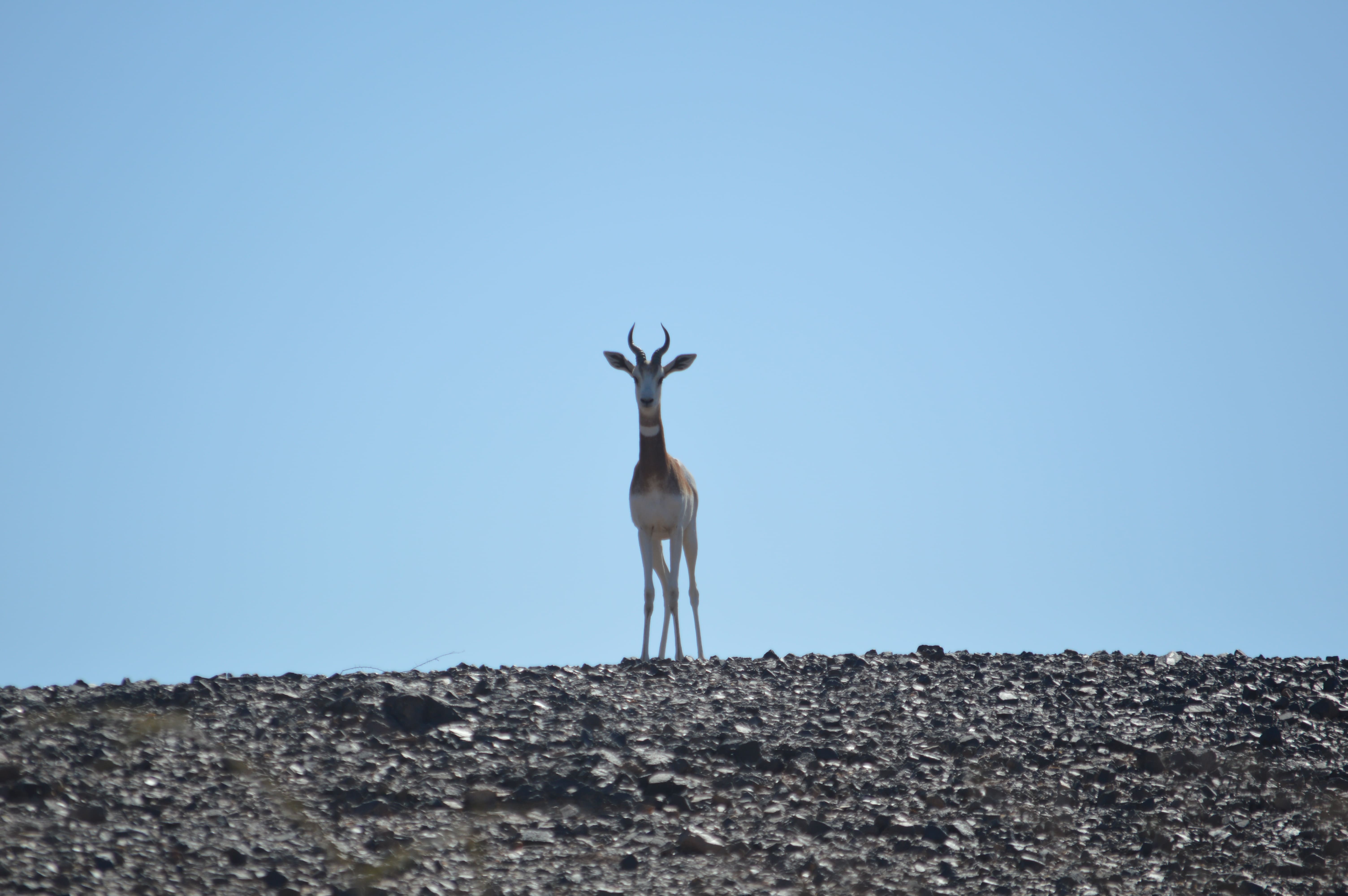 Following a period of political instability in Northern Niger, the species was considered possibly extinct in the reserve. However, local populations mentioned the presence of some people in the near future. A joint mission of SCF and the Directorate of Wildlife Hunting and Parks and Reserves (DFC / PR) funded by the World Heritage Fund, finally confirmed this information.

In January 2017, SCF put thirteen camera traps in this area to learn more about the distribution of animals living there. The responsible is responsible for the reserve management. This would help determine what specific activities are needed for the conservation of the species in the area.

Every six months, members of SCF Niger ‘staff go on a mission on the Takolokouzet to collect data from the camera traps, check and move them, which allows to cover most of the area. In February, 4 Dama gazelles were observed and several indirect observations were made. A drone has also been given this time by both monitoring and mapping activities. This new tool will definitely make things easier on this difficult-to-access rough terrain.