Launch of the UN Decade for Ecosystem Restoration

Launch of the UN Decade for Ecosystem Restoration

Today, June 5, 2021, World Environment Day, marks the official beginning of a decisive period. Under the theme of ‘restoring ecosystems’, this well-known international day represents the launch of the United Nations Decade aimed at restoring the biological systems that underpin all life on Earth. The United Nations calls all countries of the world to unite to protect and restore ecosystem services for the benefit of nature and people, and will run from 2021 to 2030, the target date for achieving the Global Sustainable Development Goals.

Scientists state that this is the last window of opportunity to avoid catastrophic climate change. It is now essential to stop the degradation of the various environments on the planet, and restore them.

Covering an area of 10 million square kilometers, equivalent to the size of continental United States or China, and comprising more than 2,000 plant species and hundreds of animal species, the Sahelo-Saharan zone encompasses a range of ecosystems including; dunes, mountains, rocky massifs, wadis, and oases, that are extremely valuable for global biodiversity. This realm is extraordinarily richer and more varied than we are used to believe. 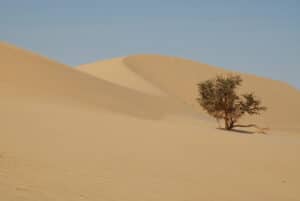 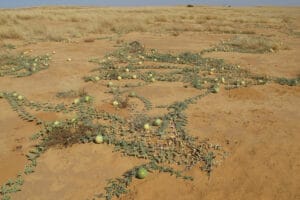 The spectre of climate change is also expanding this arid zone by 2 million hectares annually. This expansion of the desert region negatively impacts the diversity of these desert environments and species. The degradation of the Sahelo-Saharan vegetation cover is a visible phenomenon and relatively well known to the general public. What is not as well-known is the increasing disappearance of animals that are emblematic of a whole cultural and natural human history from the landscape. Experts are increasingly concerned about the extinction of wild antelope and bird populations that have already been reduced to very small numbers in their Sahelo-Saharan distribution areas. Poaching, overharvesting of natural resources, and human pressure in general continue to exert their toll. 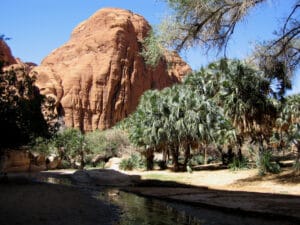 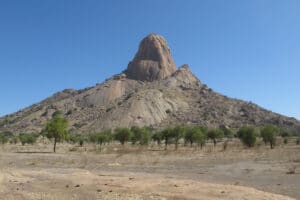 While the Sahara Conservation Fund and its partners are doing their part, as best as possible, to save species such as the scimitar-horned oryx, the dama gazelle, the addax, and the North African ostrich, it is worth remembering, on this day dedicated to ecosystem restoration and at the beginning of a crucial decade for our not-so-distant future, that everyone has a role to play.

Keep in mind that all ecosystems deserve to be conserved, even the most arid, and that, like the Sahelo-Saharan zone, some environmental areas represent an immense ecosystem of global importance.

We ask that you be passionate about little-known species, whose extinction is taking place in silence. Talk about it with your friends and family. If you can, make a donation, even a small one, to field workers, scientists, NGOs of your choice. Keep learning about, but also from, nature. Stay informed and involved. Either way: take part in #generationrestoration now.