The dama gazelle is one of the planet’s most endangered species, with less than 100 animals still living in the wild in 4 highly dispersed and isolated populations in Chad and Niger. SCF monitors these tiny remaining populations and leads the efforts to secure them across both countries.

The remaining wild population is spread amongst four known sub-populations - in the Termit Massif and Aïr Mountains in Niger, Manga, and in the Ouadi Rimé – Ouadi Achim Wildlife Reserve in Chad. SCF is playing a major role in raising awareness on the conservation status of the species, on the monitoring of these last individuals across the four areas, and on the securing of the remaining populations so they can breed safely and increase in numbers.

Through its different projects on the ground and various ecological monitoring missions in Chad and Niger, SCF  has always kept an eye on the decline of the dama gazelle in the region and alerted the national authorities and the global conservation community.  In 2017, SCF developed the use of camera trapping in remote areas of Niger, where some tiny groups of dama gazelles seem to have found refuge . In Chad, the scimitar-horned oryx reintroduction project has had a positive impact on the populations of gazelles living in the Ouadi Rimé-Ouadi Achim Wildlife Reserve since it was implemented there in 2016, thanks to an increased control on some poaching activities in the area. Even though they are relatively safe, there is still a need to improve their monitoring. A mission to translocate a dozen of dama gazelles still living in the wild in the Manga region of Western Chad to the OROAWR is under development in order to secure them as well.

The dama gazelle officially became one of the key focal species of SCF overall program in 2018.

The situation of the dama gazelles is of high concern due to opportunistic poaching and a high level of disturbance caused by vehicles crossing its distribution area in both countries. To tackle this situation, SCF aims to get the support of the local community by sensitizing them during dedicated workshop and by recruiting community game guards to warrant the protection of the Dama gazelle population from disturbance. The role played by local leaders and community game guards to secure this kind of approach from the reserve’s traditional land-users has been a crucial achievement so far and we think it will continue if we can expand the project’s reach and provide additional technical and financial support to implement the appropriate actions.

SCF is also playing a major role in raising awareness with the governments of Chad and Niger and getting their full endorsement of the regional action plan drafted by SCF, ZSL, IUCN/SSC Antelope Specialist Group, CMS, Noé, Niger and Chadian national agencies.

Through its various dama gazelle-related intiatives, SCF hopes that, in the near future:

The Mhorr gazelle (Nanger dama mhorr, a subspecies of the Dama gazelle) has been reintroduced in different locations of the Sahelo-Saharan region (in Senegal, Tunisia, and Morocco) but these reintroduction initiatives remained at the stage where the animals live in fenced protected areas of different sizes. In 2015, the first experience of reintroduction of a group of 24 Mhorr gazelle into the wild was conducted in the Safia Reserve, in Southern Morocco. It has notably shown that the species can recover most of its capacity to live in freedom, even after generations of life in captivity or in semi-captivity.

SCF and its partners have carried out many vehicle surveys based on standard transect techniques and analysis. Camera trapping are being used successfully in remote areas difficult to access like in the Termit massif and the Aïr mountains. Camera trapping is based on long term deployment of a sampling grid using good quality cameras and provides standardized indices of mammal species richness, with of course particular interest in results for dama gazelle. A mix of aerial and terrestrial surveys are used in Chad, especially in the Manga region, to assess the size of the wild population.

In late 2018, SCF Regional Program Officer pointed out the challenges of building a Dama gazelle world herd, mentioning the paradox of species disappearing in the wild while they keep increasing in captivity.  He called for more collaboration amongst zoos over the world as well as between them, private owners, and the conservationists. A few time later, Al-Ain Zoo organized a workshop gathering conservation experts from all over the world in which SCF participated.

SCF next steps concerning the dama gazelle conservation will be to better characterize the population living in the Air Mountains in Niger using especially individual identification. In Chad, will conduct aerial and terrestrial surveys to better assess the size of the remaining tiny dama gazelle population in this area before translocating them to safety (in the Ouadi Rimé-Ouadi Achim Wildlife Reserve) if relevant. SCF will also improve knowledge about the species in the OROAWR.

The dama gazelle is a symbol of beauty and elegance in Chad, and even elsewhere. Particularly vulnerable to poaching since the use of automatic weapons and vehicles has increased in the Sahara and Sahel, it is extremely rare to observe the species directly in the wild. Pastoralists and nomads regularly provide important information on the presence of animals or even poachers, especially in Chad.

In Niger, the particularly isolated situation of the sites where the dama gazelles have found refuge, and dedicated sensitization campaigns lead by SCF amongst the locals, seem to have prevented the camera traps from being damaged or stolen. Once again, no conservation result can be obtained without the participation of the people living on site and SCF and it is especially true in the case of dama gazelles conservation. 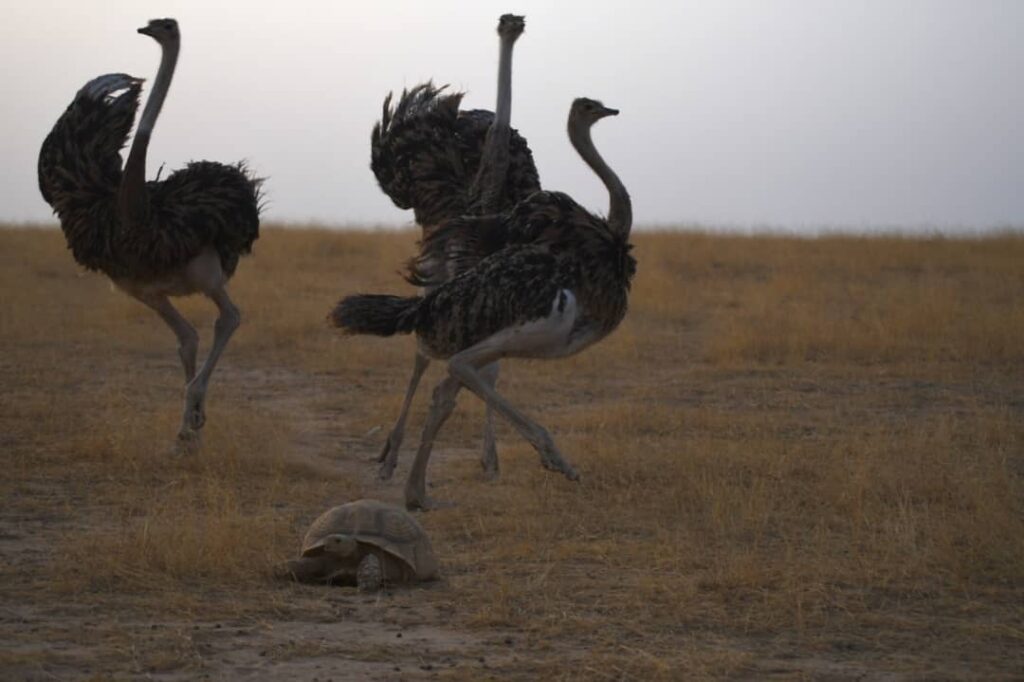 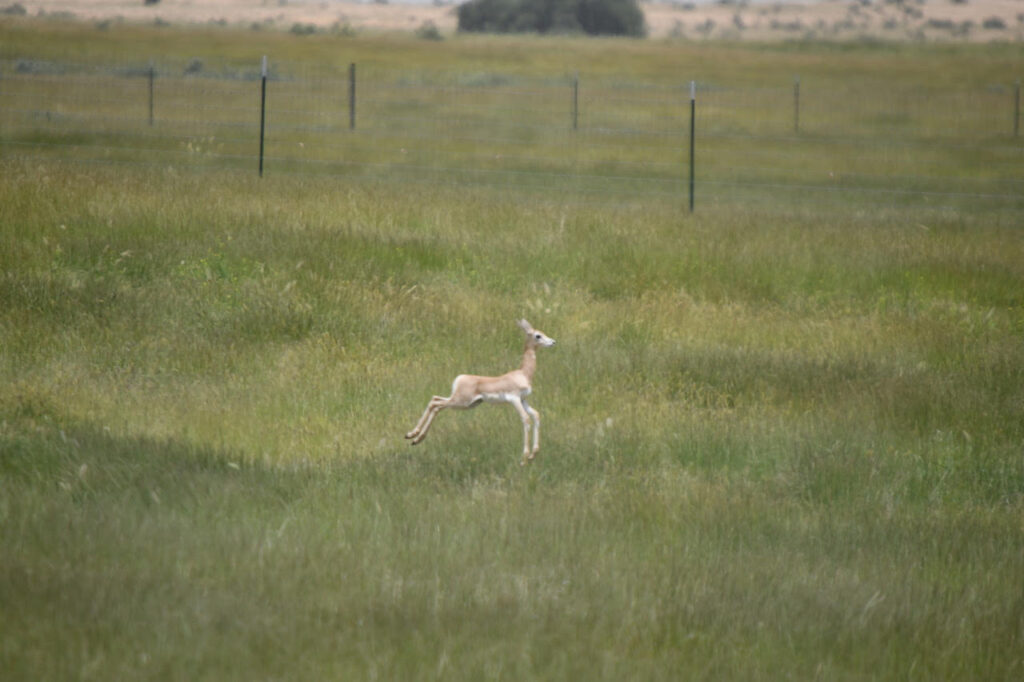 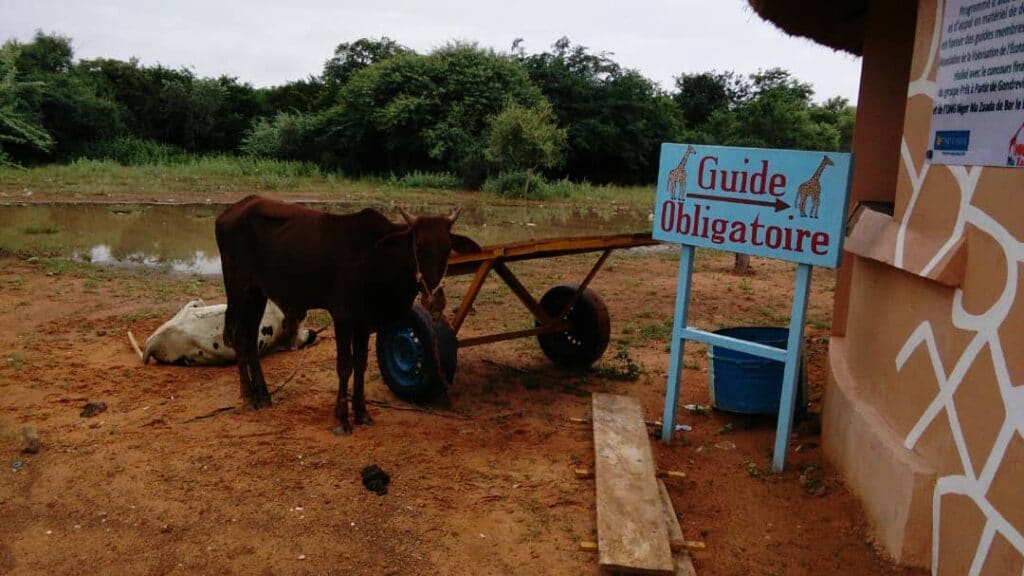