A Passion For Algerian Wildlife – Interview With Photographer Redouane Tahri 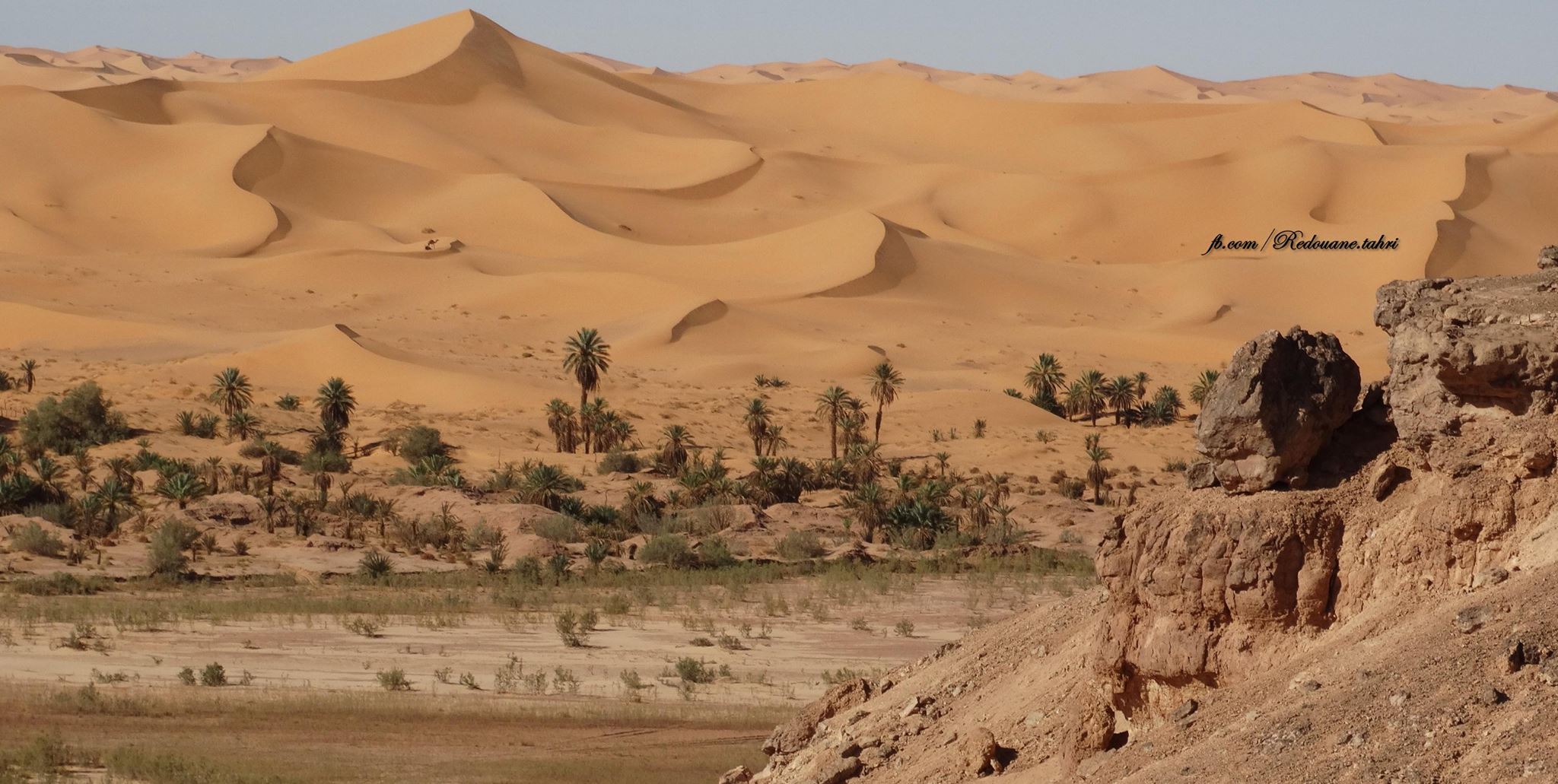 A Passion For Algerian Wildlife – Interview With Photographer Redouane Tahri

The Sahara Conservation Fund has been working to safeguard biodiversity in the Sahara and Sahel since the early 2000s.

The flora and fauna found in this vast region are far more abundant and diverse than most people think, including biologists and other conservationists. This lack of awareness has contributed to the decline in its plants and animals.

SCF wants to promote the work of the people who are highlighting the tremendous biodiversity of this part of Africa, such as photographer and film maker Redouane Tahri. This interview also draws attention to the incredible Saharan ecosystems.

Redouane, you live in Algeria, a country largely covered by the Sahara. You spend a lot of time in the desert, filming or photographing the species that live there. Today, your work is rapidly gaining visibility in Algeria.

1) Can you present your film?

First of all, I would like to thank you for the efforts you have been making for many years in Africa to preserve Sahelo-Saharan wildlife diversity.

To briefly present this film, which lasts 52 minutes, I would say that it was shot with untamed actors, living freely in the wild… It’s about Algeria’s wildlife, and more precisely, the fauna of southern Algeria. It is a quiet and very hot place, characterized by a great biological and ecological variety. Ecosystems also vary a lot, from open desert to mountains, and host about 50 animal species besides insects and plants. The film aims to show this amazing and rich biodiversity.

2) Where and how is your work broadcast, can you tell us about how it was received by the public, and what media events you could do?

To tell the truth, I started working to document this wildlife without precise goals, to tell the truth, and so I travelled to isolated areas of Algeria without  any help from the authorities. I wanted to reflect the true Algerian fauna. I just wanted to show that wild animals are just living things on this planet, like us, and that they deserve protection and respect, not extinction.

After three years of work, the film is finished. I broadcast a trailer on social networks without even having it seen beforehand by video editing experts. I posted it without expecting anything, thinking that the majority of people do not care about what I do. And yet, in just five hours, the number of views exceeded half a million, and I received hundreds of messages, including from journalists in Algeria but also from other countries.

3) How did you come to document the life of the desert?

It was not easy. Documenting wild animals requires professional photography equipment, and the desert of Algeria is immense.

But I have always seen the desert as my home and taking care of it is for me a duty. I care a lot about each spot of this vast space, which are to me like rooms and walls that must be kept clean. If an animal species comes to decline, for me it is as if I have lost something related to my own personal life. Wildlife is a precious treasure.

Nevertheless, the dangers I encountered during my journey could have killed me; it is thanks to God and to my experience gained through so much time spent in the desert that I am still alive today!

4) What fascinates you in the desert life?

The nature in the Algerian Sahara is characterized by a great biological diversity; it is a fact. But beyond that, every living being, every stone, tells a story. When I see a gazelle, I can feel its heartbeat, its fear, and see its fascinating gaze. I feel that I must take care of them. One day I took care of an animal that I had to release once cured. I pulled it out of the cage but it simply would not leave. It stood close to me. All these animals cannot talk to us, but they have their own language. For me the way they look at me is communication and it helps me understand them.

5) How do you work in the desert, what are the risks?

It is hard work, and risky, but also fun because I am passionate about it. Let me tell you one of my adventures. One night, when I was sleeping in the desert, I found a snake that was asleep very close to me, I had to move very carefully so it would not attack me. That very morning, I was almost drowned in a torrent after my car got stuck for some time in a wadi. It took me hours to pull it out, and I had only four hours before I knew the water would pour into the valley. Then, not surprisingly, a sandstorm cleared my tracks in the dunes and I got lost.

6) What are your goals with your work?

With an area of 2,381,741 km2, Algeria nevertheless remains one of the least known territories in terms of biodiversity, both globally and nationally. Its fauna and flora are under different threats, such as pollution, fire, indifference of citizens, and poorly informed hunters. I wanted to broadcast my film to the public to make them understand that nature speaks to the world and that it probably says “save me”.

I finance all my projects by myself, for which I had to get sophisticated audio-visual equipment, a car (4X4), and the necessary equipment for fieldwork.

I am at the same time the cameraman, the author, the director of photography, the sound engineer, the producer, the editor… My motivation is so intense that I can do an entire team’s jobs, all on my own! I created a foundation called “Redouane TAHRI” dedicated to the production of documentaries and the environment in Algeria.

9) Where else do you want to show your film?

I received calls from international channels and one of them broadcast an extract of the documentary, which pushed some other channels to rush to me to get a deal, but I wanted to sell this product in Algeria. I am willing to work with foreign channels at the same time, but my priority is to make people in Algeria aware of what belongs to their own culture and environment.

10) Do you have priority species, or species that you like to document the most?

I am particularly interested in mammals such as gazelles, Barbary sheep, wild cats, because they are the preferred targets of poachers. I also want to add that the selfies-trend has harmful impact on nature, because hunters believe now that taking a selfie with animals they have just killed makes them heroes! Hence our role, we must tell the truth, and stress what a true hunter is, that is to say a person who does not go after endangered species or during breeding seasons; a person who want to keep balance in the food chain, and develops a culture of respect for wildlife in society. What made me extremely sad recently was a scene shared on social networks, of a man who tortured foxes because they had eaten his chickens; many people have appreciated that, and this man has become a hero! Unfortunately, this is not sanctioned by the Algerian authorities, even though Algeria is one of the first countries in the world to have legislated against those who kill or torture animals.

11) Can you tell us a word about conservation in Algeria?

Conservation in Algeria exists but mainly on paper. The administration has yet to work more with environmental experts to create more protected areas. This requires a lot of awareness work, through seminars and colloquia, but also in training hunters and informing the population. Nature must be preserved by, on the one hand, the laws and standards applied on the ground concerning hunting, and on the other hand, the development of tourism.

12) Do you have other activities to promote nature’s beauty?

I cooperate with the Ministry of the Environment and the State to classify some areas as protected areas, so that this story would not end the same way as for the addax, which has totally disappeared from Algeria.

Many thanks to Redouane Tahri for his work and for his time. 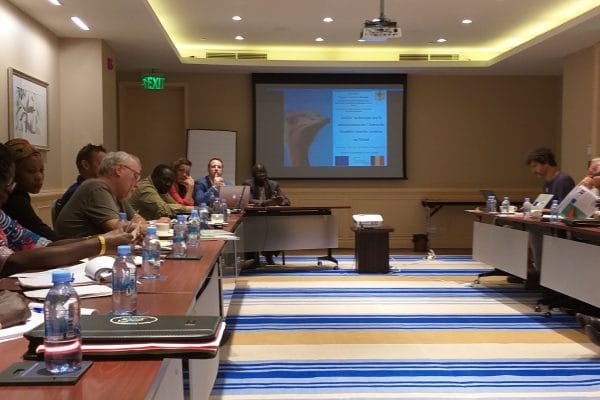